I am looking for

VRAAG@ for scientific and technological advice

Do you have a specific question but not enough time to do the needed research?

Not making use of grants?

Do you need a laboratory that can do the analyses you require?

Are you struggling to provide technical explanations to your customers' questions? Or you have a technological problem yourself?

Flanders' FOOD helps companies quickly and confidentially. So you can focus on your core processes and tasks. Running a financially viable business is a big enough challenge as it is. You can count on our knowledge for the rest. 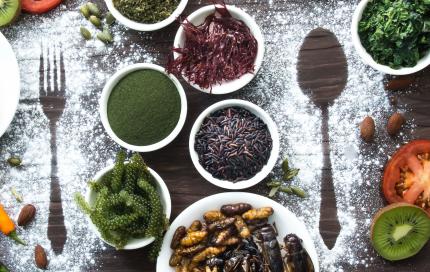 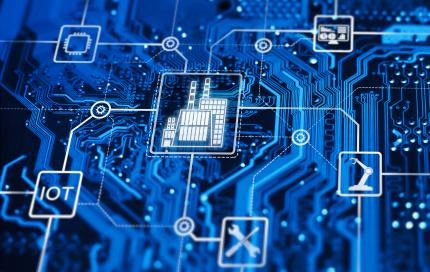 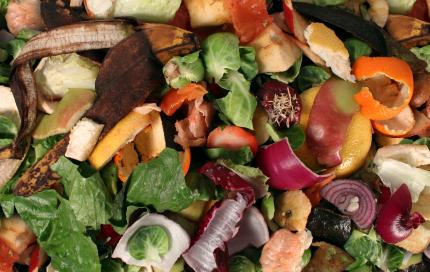 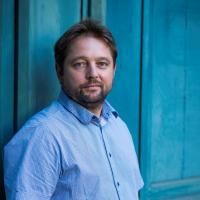 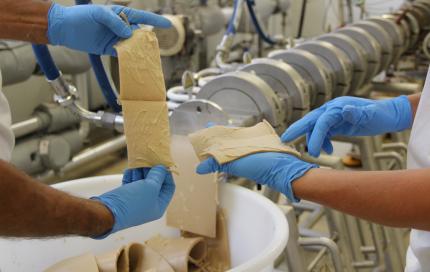 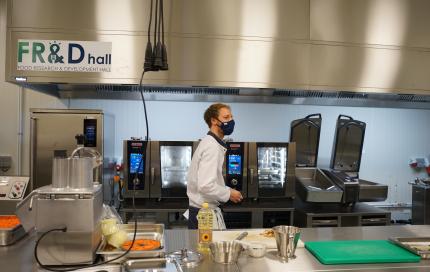 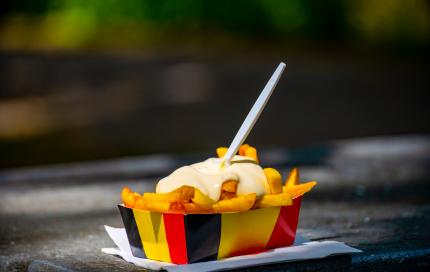 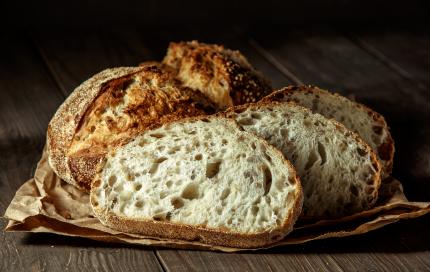 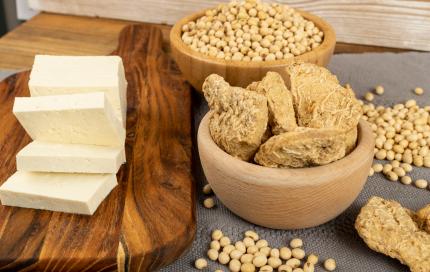 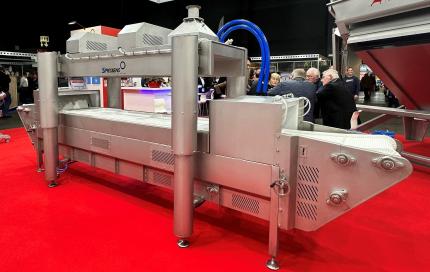 Food Pilot has been available to both start-ups and established names in the agri-food industry for many years. New products and processes are developed and existing products are optimised or upgraded in collaboration with technicians from ILVO. State-of-the-art processing equipment allows you to do trial runs on a small but representative scale. You get to use equipment you could otherwise only dream about.

In this well-equipped laboratory, food companies can study the shelf life and nutritional and chemical composition of their products or test products. In short, you can conjure up new products and analyse them meticulously. A trained 'tasting panel' is available to scientifically judge the products. In other words: a unique all-in-one concept consisting of infrastructure, scientific analyses and advice! So you can count on making a difference, even in the 'normal' business world.

Discover new technologies and machines or gain new insight during one of our many study days and workshops. Just like Factories of the Future, Food Pilot is also taking a leap towards Industry 4.0.

This project is one of the pillars of the research conducted in the framework of the NuhCas project. The grand opening is planned for the end of 2021.

This new testing environment can be used for scientific purposes as well as business applications. Researchers and project developers will have all the tools they need to test various cooking, packaging, refrigerating and regenerating techniques. The effect of logistics on meal deliveries swill also be researched and optimised here. In short, a complete package that will make your mouth water.

This kitchen will be built with financial support from the European Regional Development Fund, the Fund for Innovation and Entrepreneurship, VIVES, TUA West, the province of West Flanders, ILVO and Flanders’ FOOD. 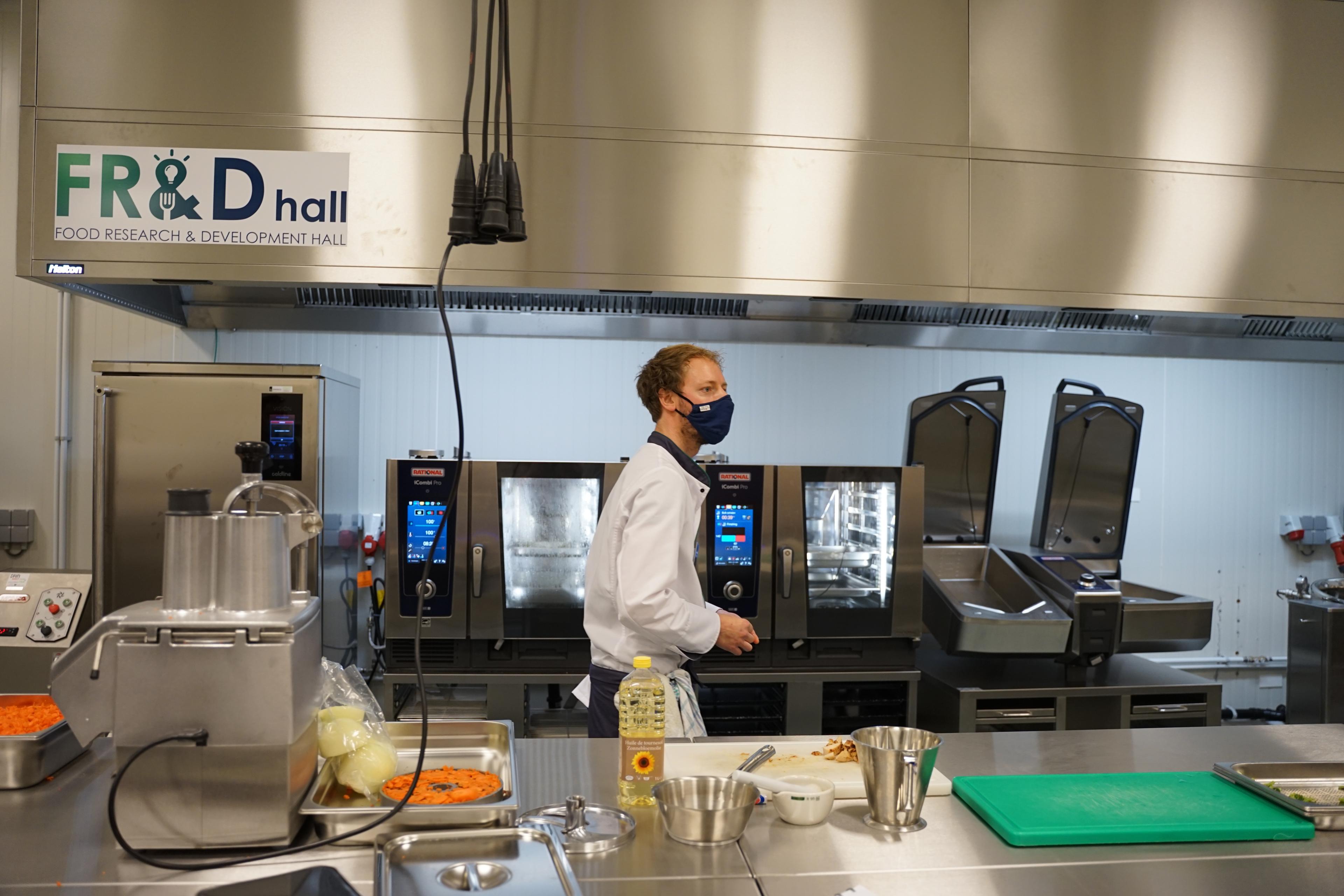 In collaboration with the business world and the research group Food Processing Technology from Ghent University campus Kortrijk, plans are currently being made for the ‘Belgian Fries Pilot’.

Private and public funds are being invested in the construction of an innovative infrastructure for semi-industrial frying of potatoes, vegetables, etc. This technologically advanced 'miniature factory' produces relatively small runs and will mainly be used for scientific research, although companies are also welcome to use it. Manufacturers of fried products or frying oils can use it and will be supported by technicians from Ghent University. Machine manufacturers can (temporarily or permanently) supplement this testing line with specific equipment. Workshops and study days are also possible. Talk about a 'well-oiled' pilot project.

This line will be operational by early 2023 and be part of VEG-i-TEC.

Together with the VUB, we are drawing up the plans for the brand-new test bakery: the Pilot Bakery.

This gem will have all the equipment needed for baking traditional bread plus a separate zone for experimenting with sourdough bread. Sensors and software will provide additional data and insights will be processed fast as lightning. Bread may date back to ancient Egypt but we are researching and determining the future here and now.

Sourdough bread - bread without added yeast - is becoming more and more popular. The typical, slightly sour flavour and its texture give the bread character. Although many claim that this bread has quite some beneficial qualities, there is currently little scientific proof of this. The ICON project ‘Sourfun’ (click) focuses on this and the Pilot Bakery plays an essential role. In the future, companies will also be using this bakery. The first loaves will be fresh out of the oven in the summer of 2022! 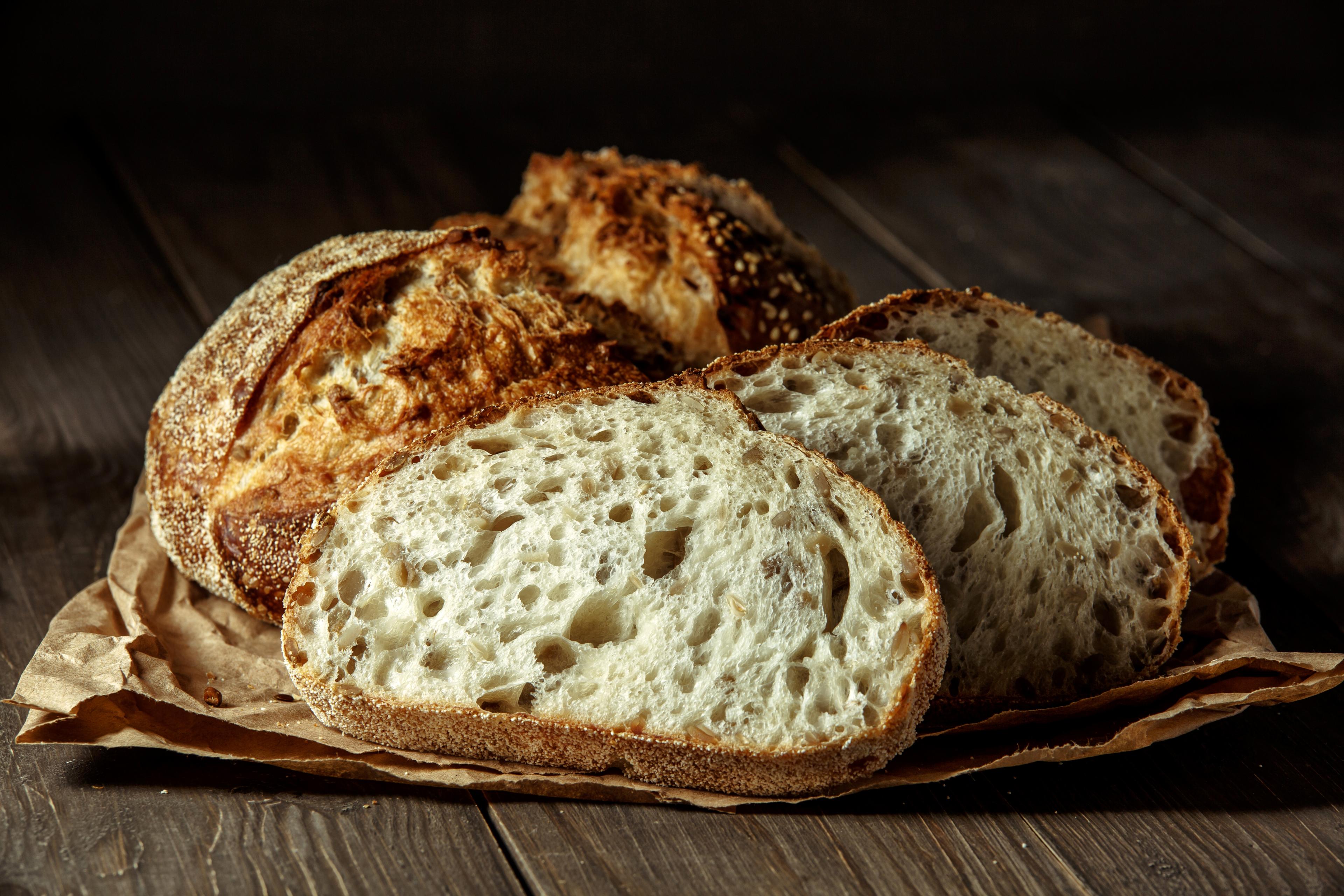 With the support of EFRO (the European Regional Development Fund) and the province of East Flanders, this Food Pilot will be expanded with a pilot line for isolating and concentrating high-grade protein from various plant-based resources. This will create new possibilities for carrying out the various processing steps in a controlled manner, thus improving them.

Investments are made in equipment to degrease, spin, decant, clarify and purify plant-based raw materials that are rich in protein. This is beneficial to the entire processing chain of plant-based protein. The line will be integrated into the existing machinery and will make it possible to process protein concentrates or isolates in a broad range of products. The 'High Moisture Extruder' has recently made it possible to explore moist textures as well as dry textures.

As the spearhead cluster of the food industry, Flanders' FOOD will start up multiple protein transition research projects with companies and research institutes. (See TEXPROSOY) Both VLAIO and Flanders Innovation & Entrepreneurship support these projects. Companies can also count on VLAIO for individual innovations via the Plant Protein Pilot. 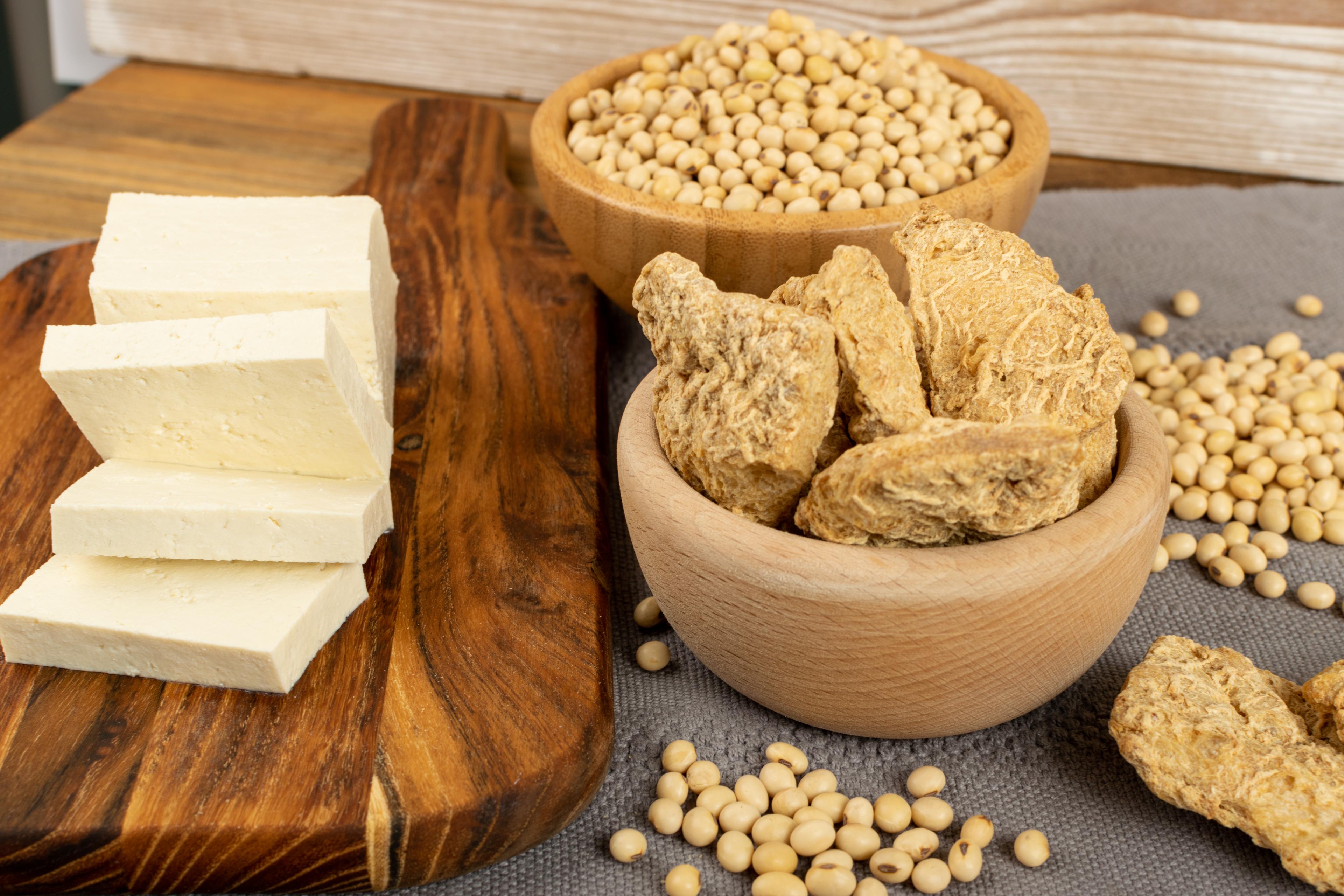 The heart of this ‘MicroWavePilot’ will be a state-of-the-art microwave tunnel on a pilot scale.  It uses the same principle as the one in your kitchen, but it is far more sophisticated, and it can simulate a continuous process.  The new equipment will be used for both research as for product development with food producers, hospitals and care institutions.

Within the FoodCare project, the impact of microwave technology on the nutritional and organoleptic quality of ready meals will be investigated.  Care institutions, that need to heat a lot of meals in a very short time, can test how such a microwave tunnel can improve the quality of the served meals and the efficiency of the re-heating process.   Producers of Read Meals can test the technology to finetune new recipes and processes.

The technology is already widely used for drying processes.  Think about the production of ingredients, the valorisation of waste or drying…insects.  Due to the high quality of the final product and the speed, the number of applications is increasing very fast.
Early 2022 the new MicroWavePilot will be fully operational. 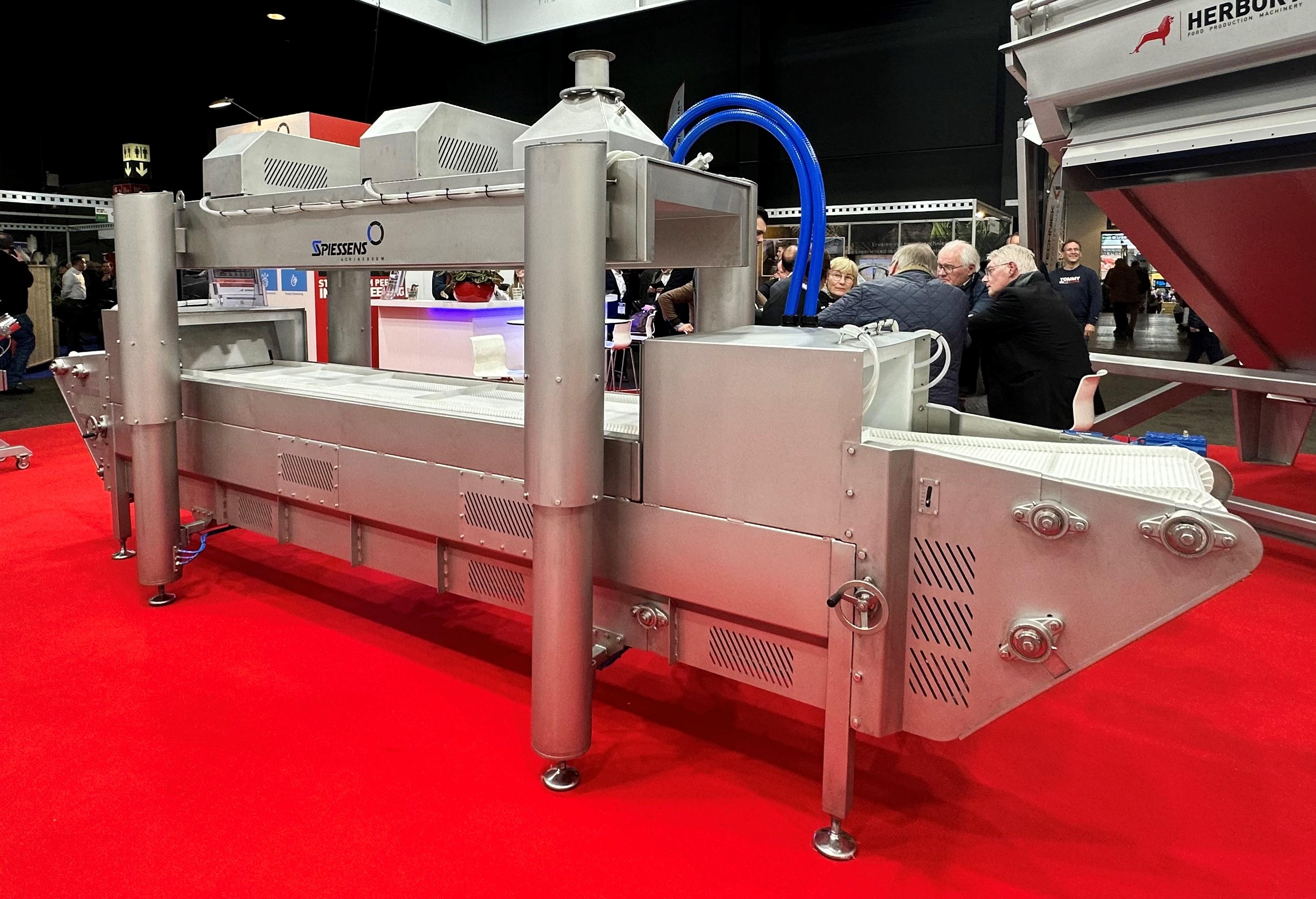 Discover our other services: